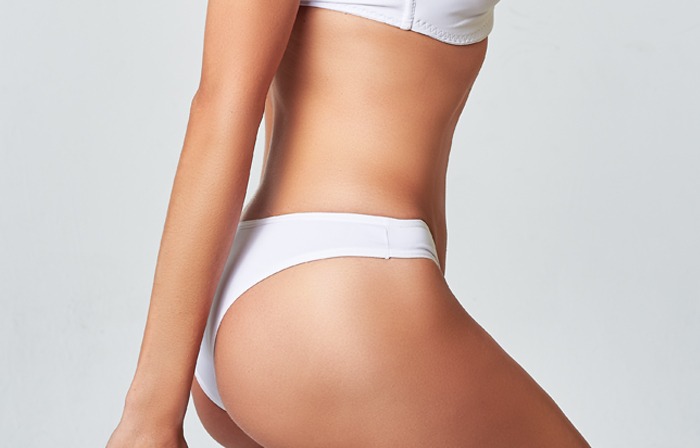 In a world filled with everyone selling the latest and greatest "too good to be true" trends in weight loss and fitness, sometimes it's hard to distinguish what works from what doesn't. And when a truly innovative and effective procedure comes along, often we are skeptical about the results it claims to deliver. At Supriya Dermatology, it's our responsibility to guide our patients to make the right cosmetic choices and achieve the best possible results, so we are providing you with all of the no-nonsense facts about Emsculpt.

It's the equivalent of doing 20,000 sit ups in 30 minutes.
With Emsculpt, the key to it's fat-burning abilities lies primarily in the forced muscle contractions. Doing 20,000 sit ups on your own in the gym would be all but impossible (unless you have a few days to spare and no need to stop for sleep or food). Emsculpt's ability to stimulate 20,000 supramaximal contractions in just 30 minutes means your body is essentially being forced into giving up stored fat in order to feed the contractions. The device was initially created for the purpose of toning muscle, and during the testing phase the discovery was made that fat in the treated area was also being reduced. And remarkably, the fat wasn't just burning off—the fat cells were permanently destroyed. For up to 3-4 months, destroyed fat cells in the treated areas continue to disappear as your body metabolizes them and naturally removes them. If all of this still doesn't sound incredible, keep in mind that muscle burns more than double the calories fat cells do, even during a day of rest. According to Christopher Wharton, PhD, a certified personal trainer and researcher with the Rudd Center for Food Policy and Obesity at Yale University, 10 pounds of resting muscle will burn 50 calories in a resting day, while 10 pounds of fat cells burn only 20 calories. So the simple act of building your muscles will contribute to the additional fat loss benefits of using this device.

It's not for everyone.
While Emsculpt certainly seems like a miracle for patients who can't get that extra stubborn fat pocket to budge, it actually has a specific patient base that is ideal. Patients that are already fit and eating healthy, but struggling with stubborn fat pockets in the abdomen or fighting to strengthen their gluteal muscles in the gym without luck are the ideal candidates—and the ones who will see the most compelling results. However, for patients with excessive fat, it's not as simple as strapping on Emsculpt and getting abs within two weeks. That's why it's important to get a consultation so that you can be evaluated on the best course of action. When we have patients that are eager to try Emsculpt but are dealing with abdominal fat that exceeds the ideal amount for the procedure, we typically make the recommendation that the patient utilize CoolSculpting first, and then re-evaluate their progress to see when Emsculpt will be the next course of treatment for them.

It was voted as one of RealSelf's "Most Worth It" procedures of 2019.
When shopping cosmetic procedures, it's no secret that we often weigh out the cost of each procedure with the desired benefits and results, and we all want to make sure we're getting our money's worth. So when RealSelf stepped in and declared it as one of their "Most Worth It" procedures of 2019 based on consumers' feedback, it caused a lot of people to stand up and take notice of Emsculpt. Even though the procedure is incredibly affordable compared to surgical alternatives, it is still reassuring to know that your investment in this device is worthwhile based on the word of actual patients and physicians who have tried it.

"After I personally tried Emsculpt on my abs, I noticed an immediate improvement right after my first treatment. My core felt much stronger and my workouts were better from it."

No, it doesn't hurt—but it does feel "unusual".
One of the most common questions from any patient considering Emsculpt remains, "But does it hurt?"...and we can assure you, it does not hurt to have Emsculpt. So how is it possible that something can cause so many muscle contractions painlessly? The contractions caused by Emsculpt are supramaximal and the device has the ability to hold them for several seconds, which significantly raises the physiologic stress and effort needed to allow your muscles to adapt. It sounds like the pain would be off the charts, but it's all involuntary, meaning the pain associated with an equally vigorous workout in the gym simply isn't there. Instead, you are relaxing and lying down, and thus not exerting the physical effort and experiencing the pain that traditionally comes with working out. However, it's important to point out that Emsculpt still does cause some sensation. Thinner patients reported feeling the contractions much stronger, and in cases such as this intensity was reduced until the patient's muscles acclimated to the contractions. The feeling has generally been described as unusual or intense, but patients who asked for a lower intensity at first said that the odd feeling passed within a few minutes and they were able to increase to the highest intensity the machine could deliver.

It has zero side effects.
Have you ever watched a medical advertisement and felt that the benefits were outweighed by the lengthly list of negative side effects? With Emsculpt, the treatment comes with truly no side effects whatsoever. We would recommend giving your ab workout a break for the rest of the day following a treatment, but this is hardly a negative for most of us. There is no health risk associated with the procedure, and at most, you may experience some soreness like you just had an intense workout. But this is not regarded as a side effect simply because it is a necessary part of building the muscle that the treatment promises.

If you're still uncertain if Emsculpt is worth all the hype, contact our office today for a complimentary consultation to discuss your concerns and see if you are a candidate for the procedure.